Last weekend we drove down to Bristol Folk Festival to claim our Isambard Folk Award prize and sing on the main stage, as support for the incredible Full English, and we had an absolute blast!! St. George's is a beautiful venue to sing in, with really lovely acoustics, plus we were working with one of the best sound crews we had (in fact, we had two. One for sound and one for our monitors, which was a luxury we've never enjoyed before!) The whole team at the festival were lovely and welcoming and helpful, and the audience were amazing! We're not sure we've ever received such a loud round of applause before!!

When we got off stage we were surprised to see Seth Lakeman standing backstage, having listened to the set. He seemed pretty impressed, which was an amazing feeling!! After a little chat with him, we headed to the bar for some well earned beers! Our CDs were being sold on the CD stand, so it was refreshing to not have to go and man that ourselves, and we were free to chat to people who approached us and hand out our fancy postcards (courtesey, of course, of Chloe Harmsworth).

The Full English were, obviously, pretty special and we had a great time winding down drinking beer and bopping along.

Once the night was over, and Jess had managed to catch a sneaky selfie with Seth, we wandered back to our B&B, with a celebratory bottle of port.

The next day we headed back to the festival to check out some of the other music, and join in with the ceilidh. We managed to catch Road Not Taken, Tobias Ben JAcob & Lukas Drinkwater and Greg Russell & Ciaran Algar.

Before we left, we managed to have a quick chat with Jan, who runs the festival, and was also the one who rang us to tell us we'd won the award. She's already given us a headline gig later this year at The Folk House, in Bristol!! So we'll be heading back down there sometime in September. No date has been set yet, but keep your eyes on our calendar page and on our social media sites for announcements.  We're also really, really excited that, thanks to the guys at Bristol Folk Festival, we have also been added to the amazing line up at the Great British Folk Festival, which is held at the beginning of December at Butlins, Skegness. Again, no dates have been confirmed, so keep checking back. The line up includes Billy Bragg, Eliza Carthy, Steeleye Span, Jim Moray, Sam Carter, The Unthanks, Sam Lee and so many more incredible names!! More details for that can be found at bigweekends.com

Thank you so much to everyone who came to support us at the festival. We were SO nervous, and it was really lovely to get such a great reception. We'll be posting clips on YouTube soon. 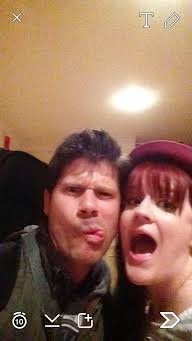 We're hoping to have some more exciting news for you soon, but until then, we shall leave you with this little gem!
Posted by Said the Maiden at 18:56