Just check out all these lovely dates we have coming up this year! Our tour is filling up nicely, and more exciting dates are being added! 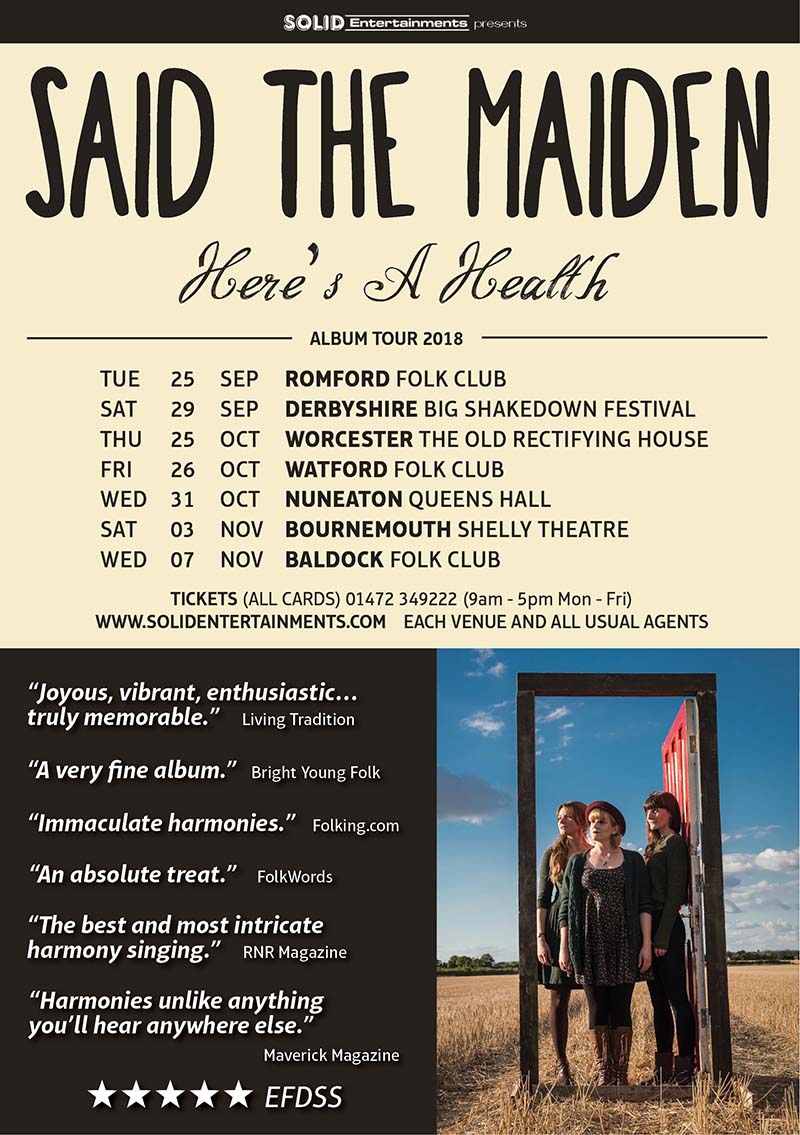 We are also super excited to be singing abroad for the first (and second) time this year, in Germany in summer and as part of the Costa Del Folk Portugal line up in October! The album is starting to take shape, and we cannot wait to get it recorded in May. It's a nice mix of traditional and self penned tracks, and will have some really exciting guest musicians appearing on it too, so keep your eyes and ears peeled.

We played an absolutely amazing gig in Stratford Upon Avon on Saturday, with The Company of Players. We felt so honoured to have been invited by the Royal Shakespeare Company to play for them, and we really hope we can keep working with them in the future.


We embark on the next few dates of our tour in a couple of weeks, and after the reaction we got in Stratford, we could not be more excited to bring our music to more of your guys. The album is in the final stages of production and we are hoping to have it released by the autumn. More news on that soon.